What are the Inky Awards?

The Inky Awards is an annual award that celebrates young adult literature, with both the longlist and shortlist selected by adolescents. There are two winners of the Inky Awards: the Gold Inky Award which recognises an Australian title, and the Silver Inky Award which is awarded to an international book. These awards are selected once teen readers have voted for their favourite title on insideadog.com.au

The longlist for the Inky Awards have just been annouced, and the titles included are:

Most copies will be available for students to borrow from the Library. 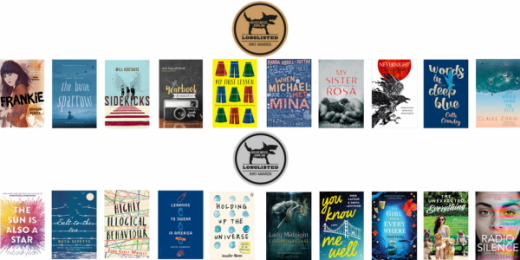 Do you love books, writing and digital media? Inside a Dog are looking for a group of savvy, creative teens in years 9 and 10 to be involved in the first ever Dog’s Advisory Board (DAB). The DAB is an after-school program that meets at the State Library Victoria once a week to discuss all things Inside a Dog and to drive the site’s redevelopment, from design to content to programming.