This year saw MacKillop Theatre and Media Studies student Elias Anton thrive in the Australian film and television industry. At just eighteen years of age, the Year 12 student has received a Logie nomination in the category of ‘Best New Talent’ for his lead role of Danny Kelly in ABC’s Barracuda. Elias has also had success acquiring a lead role, Sami, in the feature film Australia Day and a role on the Australian television show Neighbours.  We wish Elias all the best for his future endeavours and look forward to seeing on screen. 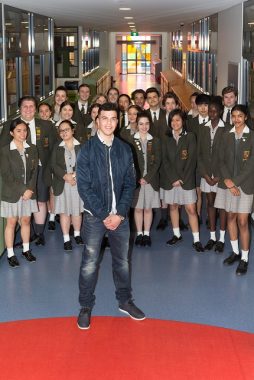